From The Blackout Club Wiki
Jump to: navigation, search
Gwen 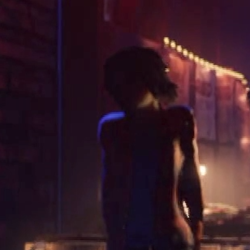 Gwenna, better known by her nickname, Gwen, is a character in The Blackout Club (game).

Gwen seems to be a pretty strong person, as she seemed to have taken charge of The Blackout Club after Bells' disappearance, coordinating their efforts and writing out the missions that would brief members going out onto the field. She seems playful, as she teased the new kid about how they eat like a monster. She seemed to be fairly close with Bells and is good friends with Dax.

According to a journal entry (DS/Gwen Chat Transcript) her parents moved to Redacre.

Sometime before the start of the game, Gwen started experiencing strange blackouts and begun bonding with other kids going through the same ordeal. During this time, she became good friends with Bells and Dax. She also spoke to Dead Skeptic and asked them if her parents were evil or possessed. She then said she find them(Her parents) annoying but that she loves them and asked if there was a way to exorcise them.

In the Hideout, she and Dax can be seen discussing Bells fate, where she assures Dax that they'll find her. She prompts the new kid to start doing missions while they went out to get snacks, teasing them that if they all died, that it would be on them.

Since then, Gwen seems to have taken charge of the group, writing out the mission objectives that members read and keeping the group organized.

In a player interaction[1], THE-MEASURE-CUTS explains that Gwenna (nicknamed Gwen) is one of his favored students and that he had to relocate her. The reason for this relocation is because she saw Colm Ryan acting strangely the day before the 922 Hoadly structure was broken as described in the RPD Police Report entry. Since then she has been relocated from Redacre by THE-MEASURE-CUTS.