From The Blackout Club Wiki
Jump to: navigation, search
Lockpick 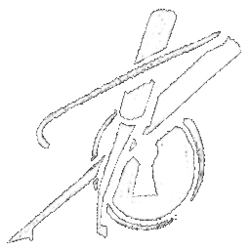 The Lockpick is one of the Field Items found in missions.

A set of lockpicks that will help unlock any locked door or locked supply crate holding a mission item, though rather fragile and breaks after use. Players with the Locksmith Minor Power can spawn in a mission with a lockpick equipped. Like all Field Items they spawn in supply crates scattered around the map.

The number of lockpicks are now visible as an icon above the inventory hotbar.

Players can use the lockpicks to unlock locked doors and supply crates. Once a door is unlocked, it will stay unlocked for the rest of the mission, even after an enemy closes the door. Using lockpicks is an alternative quiet and sin-less way to open locked doors or supply crates.