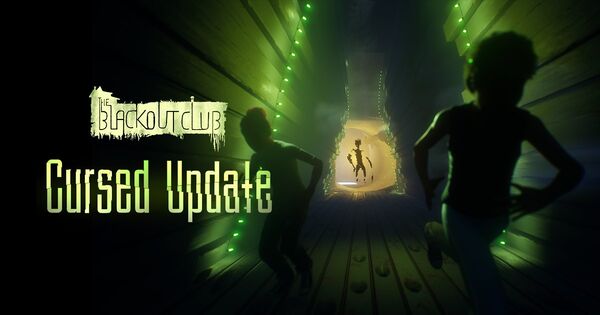 The Blackout Club Cursed Update is live! The town of Redacre is isolated in the Radio Quiet Zone — but the shadow of a new threat has fallen across it. The locals dare not even speak its name...You’ll have to be extra careful and quick when running around the neighborhood, because not only did we add two new objectives, but also the ability to pick up Cursed Ciphers (making your missions harder and more rewarding), the mysterious Place Between, and more. 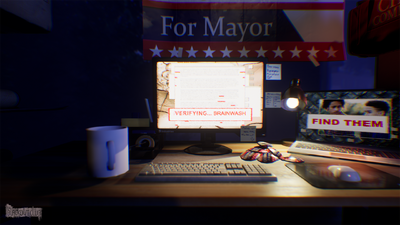 Traverse down into the maze, find the data tap with the Chorus spyware and discover who they are watching. Once you’ve successfully done that, you’ll have to get to the surface to record the information they are tracking. You can grab the data from more than one computer, too. But you’ll have to be swift; once Chorus closes the connection between the machine and all of the computers, you’ll have to start all over again. The Trace Race objective unlocks at Level 3. 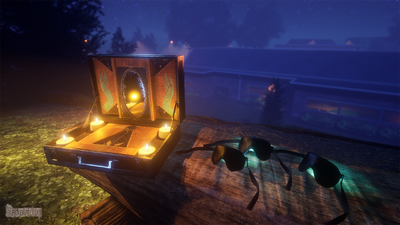 In the objective “Shadow People”, the club is trying to collect information about a forbidden language spoken by the mysterious Voices, in the hopes of eventually being able to understand and synthesize it. This ancient code lies in the subconscious and has been hidden inside electronic Sleep Masks found around Redacre. You must collect these masks imprinted with fragments of the so-called “Old Tongue” and return them to the portable exorcism kit. But be careful. This objective and all who participate are marked... This objective unlocks at Level 10. 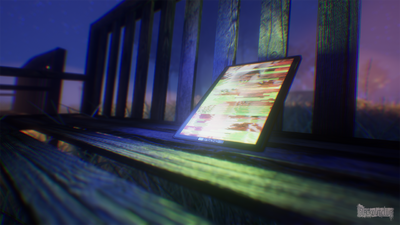 Now in The Blackout Club, you can collect Cursed Ciphers. Cursed Ciphers act very similar to regular evidence, but are very often in hard-to-reach, exposed, or dangerous places. Players that get close enough to see Cursed Ciphers will notice a tablet with a glitchy screen, emanating a strange and unexplainable sound.

When you pick up a Cursed Cipher, the collecting player is CURSED.

You don’t only have to worry about one curse. You can pick up multiple curses, leading you to try and escape while under the weight of multiple negative effects. The more cursed you are, the more negative effects you compile. Cursed Ciphers (and their associated Curses) are completely bound to the collecting player – they are not items, and cannot be traded or handed off, even when the collecting player becomes suppressed.

You each will have your own personal Cursed Cipher Collected Counter, but everyone gets rewarded for the Cursed Cipher instances carried to the exit, regardless of who did the carrying. 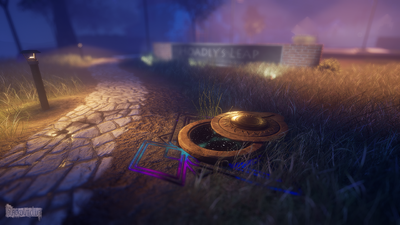 Main article: The Place Between

There’s a place that lies in between our world and the next. A place where the Voices dwell and travel freely. These spaces are mysterious with countless unanswered questions. If you try hard enough, you might stumble upon an entryway to The Place Between. But how do you find them? What secrets lie within? Guess it’s time to start investigating...

For a full list of functionality and cosmetic tweaks and fixes, see the February 2020 Post-Launch Updates for your platform.