The Blackout Club December Update is live! It’s beginning to look a lot like Christmas in Redacre. While our December update won’t be as large as the spooktacular Halloween update, we still delivered a few special gifts for you this holiday season. You can expect a new mission, a new prestige ranking system, new additions to the store and more. 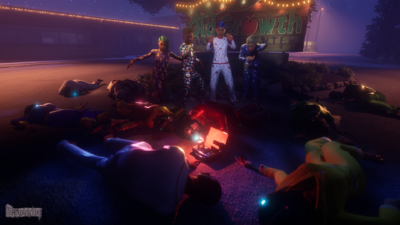 Do you hear what I hear? That’s the sound of Sleepers falling unconscious by the hands of Redacre’s slyest. Tiptoe around the neighborhood planting signal blockers on unsuspecting Sleepers. Once you’ve planted all of the signal blockers, run to a designated “safe zone” and detonate to knock all of them out. But what to do with all of these unconscious Sleepers? Better ease up on the holiday cookies, because you’ll have to muster up your strength and endurance to carry all of the unconscious Sleepers to the target area without making a peep. The PJ Party mission unlocks at Level 6, and the more challenging version of the mission unlocks at Level 12.

We’ve added a brand new way for players to express their devotion for their Voice of choice. The new prestige system called, “Devotion” allows players to sacrifice their body and XP to one of the Voices, causing their devotion to deepen. There are five tier brackets of devotion, with the last being at 500,000 sacrifice total. Players may sacrifice to any number of Voices. Each time a player reaches a new tier, they get a new jacket cosmetic. And now, players can see how much XP they’ve sacrificed to a particular Voice. So, who are you most devoted to? 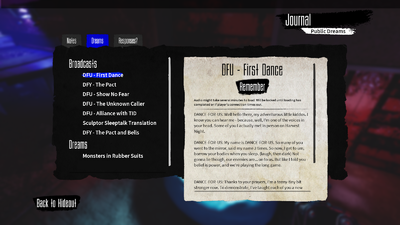 Ever heard an interesting dream and wanted to delve into the message more? Well, now you can. The Journal Menu now allows you to play back Dreams and read them like journal entries. You can also listen to past Dreams you’ve had and Broadcasts you’ve heard in the journal.

Testing, Testing...Is This Thing On?

We know it’s important you’re heard in The Blackout Club. That’s why we’ve added a microphone test in the Hideout near the Sacrifice Mirror. You’ll be able to test your mic level and how you sound before recording a message with your Light of Rebellion.

To celebrate our new PJ Party mission, we’ve added four festive pajama sets in the Shop (complete with tops and bottoms). And we know the holidays wouldn’t be complete without an ugly sweater, so we’ve added two. 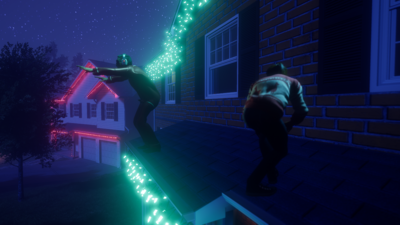 Take in the holiday view at the decorations strung about the neighborhood in Redacre and the Old Growth Daycare.

The Blackout Club December Update just went live, and you know we couldn’t stop there. These DLC packs are all about expressinging your devotion for your Voice of choice. Our eight new DLC packs (one for each Daimon) include three cosmetic items: 1 kid customization (top), and 2 hideout decorations (a wall hanging featuring their logo and the 3D model "icon"). Hang your new hideout decorations on the wall or place your special icon on the ground or table.

Please note, the DLC packs are cosmetic only and do not in any way affect gameplay.