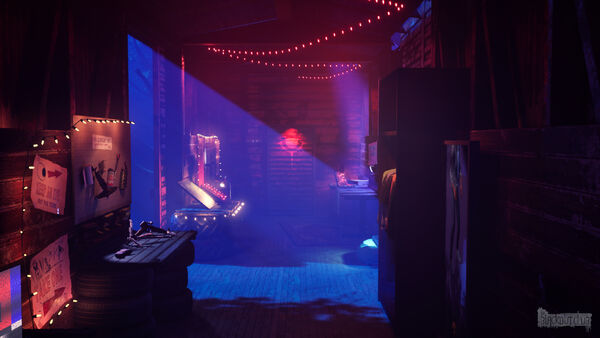 The Blackout Club has been updated with several bug fixes and improvements.

We have been testing this build in several public tests with the community and are pleased with the stability improvements added. At long last, they are live on the main branch for everyone. :)

It's live on Steam now for all our PC players, but we hope this will make its way over to the consoles very soon. It takes longer for those approval processes, and there are additional hoops for us to jump through, but hopefully everyone on PS4 and Xbox One will get their hands on this build before too long.

Thank you to all the PTB testers who helped track down so many locations with pathfinding and collision issues, we think we've dealt with the vast majority of them. Those of you afraid of the new Shape run will get to warn everyone else with an "I told you so". We're also really pleased to deal with the curse rewards for certain ciphers and things that were not working as they should 100% of the time. Anyways, console players we see you and we're on it!

If you're looking for the latest updates on what has been happening with Enhanced Horror and the game community, we recommend visiting our official Discord server (discord.gg/theblackoutclub) or our official wiki on Gamepedia (Player Interactions). You can also check out the hashtag #redacrespeaks on Twitter.

We also fixed some bugs on our online backend server code which had been causing some "Error Connecting to PlayFab" error messages as well as not always showing things like correct XP totals at the mission conclusion screen. This server fix was already live, but had not been called out in prior patch notes.

Thank you as always for playing and your support of The Blackout Club!

See you around the neighborhood! >Question