How To Play: Sacrificing

From The Blackout Club Wiki
(Redirected from Sacrificing)
Jump to: navigation, search

Sacrificing is a system in The Blackout Club (game). 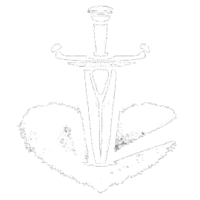 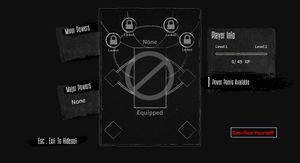 The view of the Deck when starting the game for the first time or after sacrificing.

There are gameplay and lore-based meaning to Sacrificing:

Sacrificing provides several perks and drawbacks in the game:

Sacrificing was originally designated as is giving your body permanently to a Voice. When a player would sacrifice they would begin playing as a new character (hence the character creation post-sacrifice), but the community has evolved this definition into sacrifices your mind to the Voice for some amount of time. According to a developer, sacrificing "is largely treated as hours in your mind. You lose some things, but you strengthen the daimon [Voice]. Full sacrifice [when someone gives their body permanently to a Voice] is done at hosting age."[2] Sacrifices are different than blackouts because the player gives that time and consent to the Voice when sacrificing - in a blackout, the Voice steals that time without consent.[3]

Players can sacrifice to any number of Voices while playing the game. Players are not limited to sacrificing to the same Voice each time and can pick which Voice receives the sacrifice.The long-term effects of sacrificing yourself to any of the Voices is not fully understood. Sacrificing to a Voice helps strengthen them.

According to SPEAK-AS-ONE, when you sacrifice to them you gain saturation meaning you hear no other voices as you age.[4] 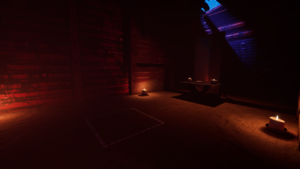 The mirror, where sacrifices and Rituals are performed by members of The Blackout Club.

Players sacrifice themselves for various reasons - to be on the XP Sacrificed leaderboards, to have easier missions, to please a Voice. To sacrifice yourself at any time: