From The Blackout Club Wiki
< The Hideout
Jump to: navigation, search

This page has the list of all posters and found in the Hideout. 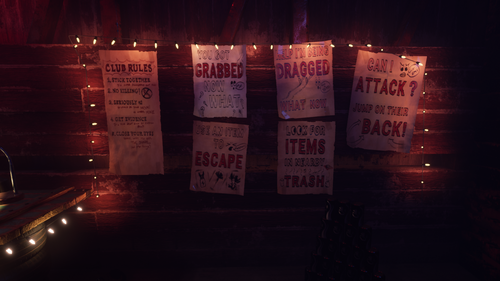 The posters in the Hideout

Found at various times throughout Category:Early Access Updates at the table across from the The Whisper Twins

A note that was added along Early Access Update #6, explaining the context of the Find the Chorus Binder objective. It was later replaced by A Fine Mess in the next update.

A note that was added along with Early Access Update #7, explaining the context of the Hide the Evidence objective. It was later replaced by PJ Party in the December 2019 Update. 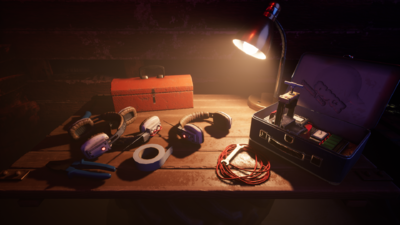 New equipment was placed on the table in the December Update explaining the context of the cancelers and their objectives.